I HAVEN’T EVEN WRITTEN ABOUT HER. All I’ve been writing lately are thank-you’s! I’m tired. I always feel worn out. I get frustrated. And the love that consumes me each day is crazy. Most of you know why.

Lydia Ruth Meyer was born on September 1, 2016. She weighed 6 pounds, 3.8 ounces, and was 20 inches long. Oh my goodness. I love her more each day! Man, by time she’s grown up, I won’t even know what to do with all that love! I say things that I used to think was dumb, like, “I can’t even.” But I can’t even finish that sentence because of all the emotions that overtake me before I find a reasonable word. My Facebook page is flooded with pictures of my new little daughter (it’s weird to say that I have a daughter! But I do!), because of so many family and friends living so far away. Lydia grows and changes every day! 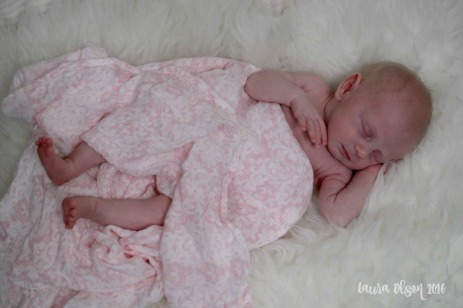 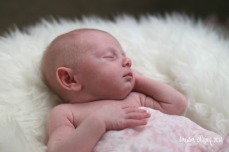 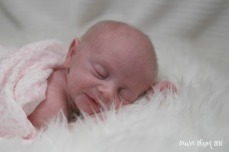 To catch you up to date on health stuff. Lydia is incredibly healthy. For this we are all so very thankful! I, however, have not been up to par. Two weeks after Lydia was born, I started another relapse. I had been warned that one would likely come, but I thought it would have been right away. I went to see my OB for a checkup and was admitted to the hospital with a uterine infection. I was on the baby floor, though (because it was pregnancy related), so Lydia could come visit me! I stayed there about two days before coming home. Three weeks later, I was back in the hospital. I went in to the ER on Monday night, and was released Saturday. This one was bad. I had a bladder, kidney, and blood infection all at the same time. Needless to say, I was septic when I came in and was a good part of the week, too. Urine retention is common in people with MS. I just didn’t know it had been happening to me for months prior. That is why what started as a bladder infection, backed up to my kidneys, and got my blood, too. I am still on IV antibiotics three times a day, but thanks to home health, I can stay at home and do them myself. My 14 days will be up soon, though, and then I will be on oral meds. I’m getting catheterized four-ish times a day, too. I keep wanting to do it myself, but that’s hard, and I don’t have all the dexterity in my hands and fingers I once did. That will come, though. The doc said that my bladder is super stretched out, but by getting cathed daily, it will build that muscle again.

My mother stayed in Kentucky with us longer than she had planned on. She decided to stay longer after my relapse began to make sure we were okay. That’s actually one of the reasons I wanted her there first—because I thought a relapse would come right away.  My MIL was coming the next week, so we put her on Lydia duty—that’s why she came! To meet Lydia and help out with her care! My mom had “Anna duty.” She knows what to do when I have a relapse and how to help. She had been taking care of me so long with this MS headache. Even when I relapsed in January for a while, she brought me home to Cottonwood until I was strong enough to go back home. She was not going to go back home until we had hired a caregiver to be with me and help take care of Lydia whenever Doug was gone.

The week with both moms was a little bit stressful, probably because there has never been so many people in our house AND so much was going on! But it was good. My mom did the cooking, because she loves cooking, and she’s good at it. And my MIL was oh-so-helpful with Lydia and other things around the house! It was nice not having the full night duty for almost a month! God’s hand was so much at work before my mom left, though. We inquired about getting a caregiver through a government agency, but it was going to take way too long. We decided to hire privately, and we got a name the next day! So, before the week was up, we had hired Karen and her adult daughter, Amanda, to trade off being caregivers for me and Lydia. It has been so awesome! I don’t feel guilty for taking a middle-of-the-day nap, because I know Lydia is being taken care of, and I know that my body has to heal in order for me to take better care of Lydia by myself one day.

Lydia Ruth is a strong and determined little girl. She has parts of both Doug and me in her, as well as traits from others in our families. As with all children, I’m sure, similarities toward one parent or the other will depend on whose family we’re visiting, and who this or that friend knows better. She is doing GREAT developmentally, and is even doing a few things sooner than the internet says she’s supposed to, which makes this mama smile big. She has to be able to see at all times. She hated the bassinet we’d gotten, because it had high sides, and she couldn’t see what was going on. So we put her in a crib at three weeks. Apparently I walked before I could crawl at 9 months, and I’m kind of expecting the same from Lydia. She loves when we hold her up so she can put weight on her legs and feet. When we put her on her belly for “tummy time,” she tries to scoot—almost crawl (if her body were strong enough)—as far as she can. She’s been trying to lift her head since day two, and now she looks around and takes everything in. We took her to church for the first time yesterday, and we put her in the “Sprouts” nursery for kids 0-24 months. I think she liked it! She didn’t sleep much when she was there, but boy, was she tuckered out when we got home! Lydia started smiling at things and at people about 5 weeks—the internet said that wouldn’t start until 6 weeks! One of our caregivers said about Lydia, “It’s like she’s frustrated with her baby body that can’t keep up with her!” My mama heart just beams with pride for my girl. Even at her two week visit, the doctor commented on how alert she was! Soon, it’ll be time for her 2 month visit—the one that includes shots. Lydia is generally a happy baby, and Doug and I couldn’t be more excited about her!

I am so overwhelmed with all of the prayers being said on my behalf, as well as the prayers for Doug and Lydia. I am so thankful for them, and for each person who is whispering them for us! When I was in the hospital this last time, I saw God’s hand at work every single day. As I go to bed at night, I have been identifying the ways the God is moving in my life – physically, mentally, and spiritually. I am so very thankful that I am still here, able to be a mommy to Lydia, and a wife to Doug. Thank you for all of the physical support, and prayer support that we’ve been receiving. We are blessed.